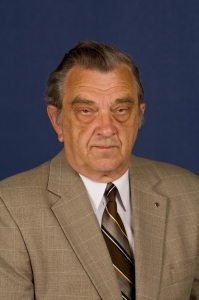 In October 1, 2014 we received the unexpected message of sorrow that our beloved colleague and the Head of Department of Pharmacy, Professor Peep Veski, has passed away.

Peep Veski was born in January 10, 1950 in Kohtla-Nõmme, Estonia. He received his MSc (Pharm) degree in the Semmelweis´s University Hungary in 1975 and BSc degree in Biology in the Science Academy of Hungary in 1980. Later in 1994, he received his PhD (Pharm) degree from the University of Helsinki, Finland for his work on the use of hard gelatin capsules and sodium alginates in peroral prolonged-release formulations. This was a start for his long-term and successful international research work collaborations and contacts in the fields of Pharmaceutical technology and Biopharmaceutics.

As a teacher, Peep Veski was very committed and beloved. He paid very much attention to the professional development of M.Sc (Pharm) students and graduated pharmacists. His lectures in Pharmaceutical technology and Biopharmacy were always very high standard and up-to-date. It should be also mentioned that the European-level harmonization of the curriculum of the academic studies in pharmacy was very close to him, and he had a remarkable input in implementation of this harmonisation process.

His activity in different national and international science and professional organisations was remarkable. Peep Veski was the member of the European Federation for Pharmaceutical Sciences (EUFEPS) and the active member of several working groups of EUFEPS. He was also the member of the Executive Committee of the European Association of Faculties of Pharmacy (EAFP) and representative of the University of Tartu in the European pharmacy education projects PHARMINE and PHAR-QA. He served for many years as a scientific expert in the European Pharmacopoeia G12 (Galenical Products) Expert Committee and in the European Medicines Agency (EMA). He acted as a chairman and member of the organizing committee of the several scientific meetings including the Conference of the European Association of Faculties of Pharmacy (EAFP), Tartu, Estonia (2006), the 2nd Balaton-Baltic-Bled-Bosporus (BBBB) Conference on Pharmaceutical Sciences”, Tartu, Estonia (2007), and the 2nd Pharmaceutical Sciences Fair and Exhibition (PharmSciFair), Nice, France (2009). He was a member of the Editorial Board of the journals “Ars Pharmaceutica”,“Euro Pharma Faculties News” and “PHAR-QA Newsletter”. Peep Veski was a founding member and a long-term President of the Estonian Academical Society of Pharmacy (EASP). Moreover, he served as a member of the Pharmaceutical Terminology Committee in Estonia. He published numerous articles on pharmaceutical education in Estonia and kept numerous corresponding lectures and seminars in the meetings of professional organizations.

Peep Veski will remain always in our memories and hearts as a beloved colleague and friend, great teacher and highly respected head of the department.

On behalf of the colleagues